The first day of the journey. The sail got ripped as it was hoist. Photo: Paul Kerrison.

After successfully travelling the first 600km – the team spent 6 days in the village Bucava between Lae and Finschhafen, in an area where they searched for, and found, a suitable tree to replace the outrigger.

This was a part of the plan as the particular wood they wanted was scarce and expensive in the home islands of Milne bay. 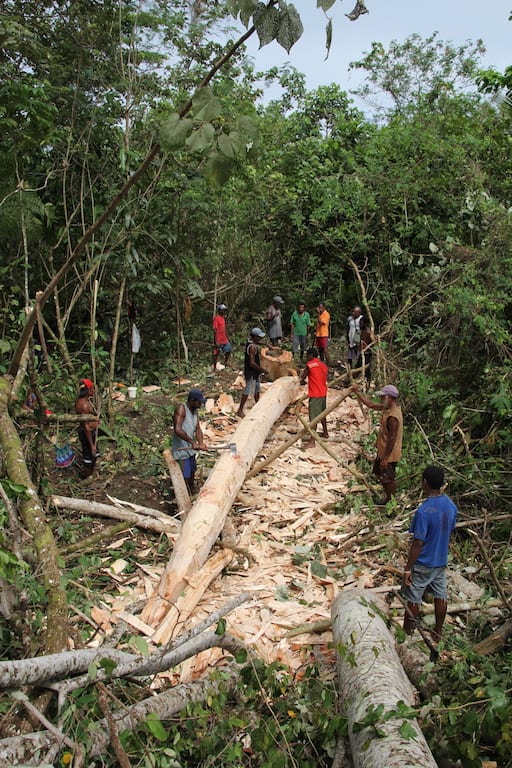 The whole village helped fell and shape the outrigger.

With the help of local villagers, the team finished this new work on the canoe so that it was performing as necessary before the Vitiaz Strait, and the more exposed upcoming sections of the north coast where there will be plenty of surf landings.

They barely made it through the notorious Vitiaz Strait (the passage between New Britain and the Huon Peninsula,) where the winds and currents become constricted leading to some challenging conditions.

Despite warnings and local superstition, the canoe was swamped on the dreaded Bobongara reef. After emptying the canoe and drifting i uncertainty for an hour they made it ashore on a white beach where a friendly village welcomed them – albeit as the sun set, a bush knife fight broke out between two young rivals.

Same night a young man tried to sneak off with Thor’s dry bag, but when Thor jumped out of his sleeping bag and yelled at him, the thief dropped his goods and ran for the forrest.

Tawali Pasana diggin in to the wave that almost sank the canoe.

High jacked in the night

The next two days they travelled discreetly trough pirate infested waters and ended up safely in a Small village called Nima.

The last night before they reached Madang, they were high jacked by four fishermen in a dark bay. The drunk, but well meaning, fishermen took them to a small village with a friendly community, who took care of them.

In Madang they spend two weeks sorting visas and passports, luckily the Madang Resort took good care of the canoe and it’s men.

Upon approached the great river mouth of the Sepik, they were warned of pirates and the high seas that would occur due to the massive outflow, and decided therefore to sail 40km off the coast to Bam Island, the first island in a string of a volcanic islands, whereas Bam the most active.

First encounter with the people of Bam island, they were all very welcoming.

The People out there have very seldom visitors, and never tourists. The canoe hopped from one island to the next experiencing the different cultures, that all had in common that they live almost unsupported by the outside world.

On Blup Blup island, tame marine turtles were swimming carelessly around. The crew was eager to get some turtle meat, but since hunting them contradicts local believe the crew kept their spears aboard.

Thor at crater of the active volcano on Bam island.

End of the journey?

The journey continued towards the charming town of Vanimo, which is know for its world class surf, friendly vibe and border to Indonesia.

Eager to complete the first quarter of the journey, the fellowship of the Tawali Pasana broke their own record, and covered 300 kilometres in two days on the last stretch to Vanimo.

After 53 days and 1700km. the fellowship of the Tawali Pasana reached Vanimo. Which is already a record for such a vessel, but the troubles was far from over.

After a week in Vanimo, the sailors crossed in to Indonesian West Papua, and called in, in the capital of Jayapura, unfortunately they didn’t have sufficient papers, so after two nights in Indonesia, the canoe had to return to PNG, to great regret for the captain and crew. 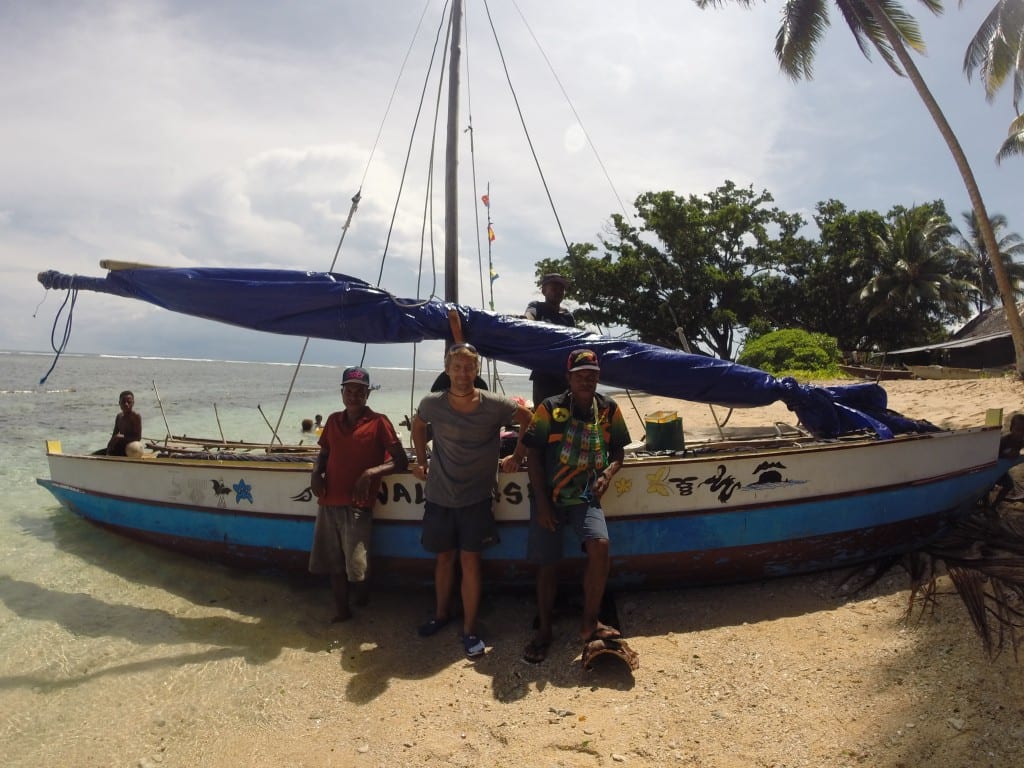 The challenge is still on!

The Canoe is now on land and Job, Justin and Sanakoli have flown back home for a two week vacation to see the family.

Meanwhile, Thor is preparing new documents for the further journey. Time is limited though, the winds are changing and the North West monsoon approaching, meaning that the Tawali Pasana and her men are up for a rough journey op the north coast trough Indonesian West Papua. 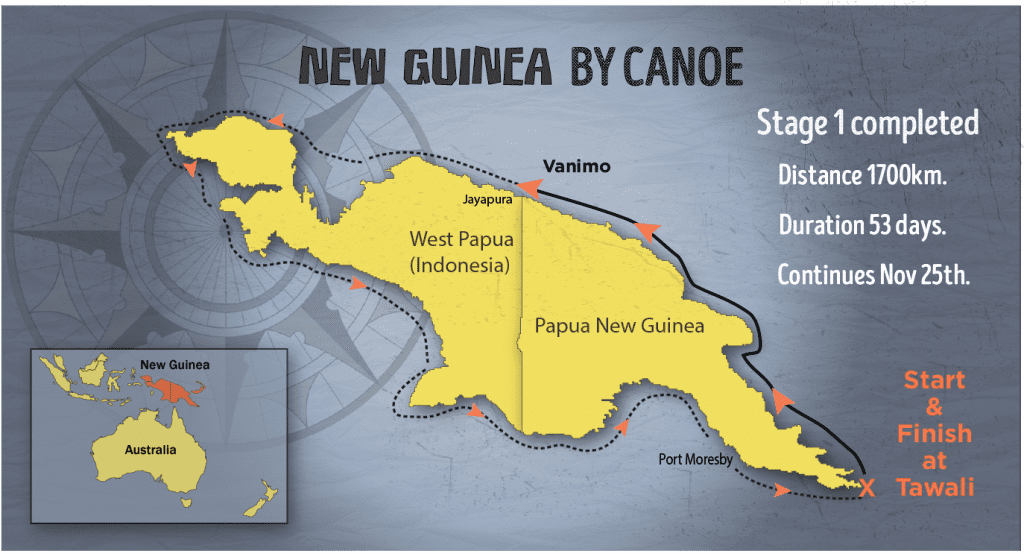 Want to read about our latest progress? Read our free newsletter. 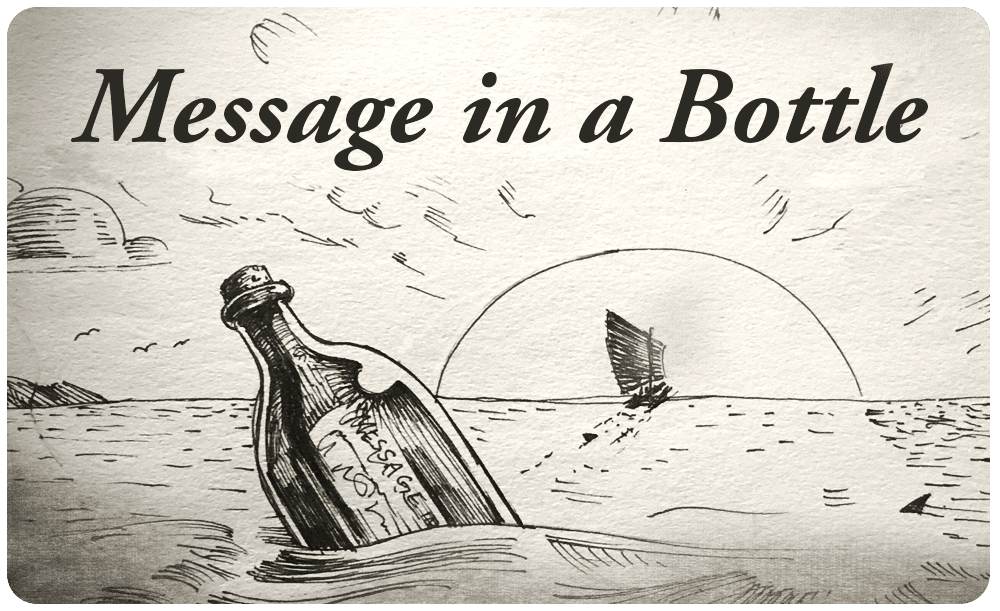