“The adventurer tells his story with brutal honesty”

“Sailing a traditional outrigger canoe around the vast island of New Guinea is a journey through time, across myriad cultures upon the far-flung seas of Arafura, Seram, Bismarck, and the Pacific Ocean. Thor’s voyage shows that in the 21st Century there are still great adventures!”

“The World’s First Circumnavigation of New Guinea in a Traditional Sailing Canoe again illustrates, as my father auspiciously once said: “To travel, to experience and learn: that is to live.”

“Thor’s adventure is an encouragement to anyone who – dares to do.”

A Danish filmmaker, under the apprenticeship of three Papua New Guinean master sailors, set off from Milne Bay, Papua New Guinea, on the 30th of August 2016 on a world-record circumnavigation of the island of New Guinea in a traditional sailing canoe called the Tawali Pasana. Over the course of 13 months and 21 days – and some 6300 km of high adventure –  what became known as ‘the fellowship of the Tawali Pasana’ created a modern-day odyssey (on a shoestring budget) battling relentless monsoon winds, dangerous seas, pirates and crocodiles. Prevailing against all the odds, the voyage generated enormous media coverage and inspired the young people of New Guinea to celebrate their extraordinary seafaring culture.

Have you read the book?

Please leave a review in the comments below. Thanks!

Born Copenhagen 1981, is a Danish adventurer, speaker, filmmaker and illustrator. He is a world record holding explorer who has produced two award-winning adventure documentaries, and written articles about traveling, sea kayaking and filmmaking. Thor is a member of the Adventurers' Club of Denmark.Personal story... 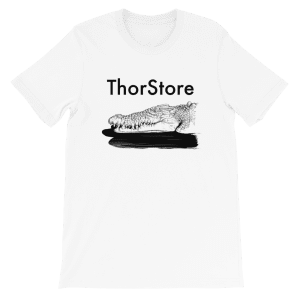